KSL out of Salt Lake City, Utah, interviewed Pollen Sense team members about the release of the Pollen Wise app. Watch their video at KSL.com.

He and software developer Nathan Allan co-founded Pollen Sense five years ago with two other founders. A network of those sensors has already spread across the state.

There are also sensors located across the country and the company wants to expand coverage to every major city this winter. They also have sensors in Europe and one in Australia, with growing interest there.

“For me, it’s a dream come true,” Bunderson said. “Now, I don’t have to log in on the computer and go through the data. I can actually just pull up my Pollen Wise app first thing in the morning or last thing at night and see what’s in the air. For me that’s amazing.” 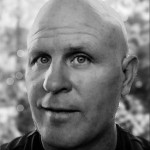